The first known meetings in the Evant area for the church of Christ were in two places: the old Cow House School building northeast of present day Evant, and the old one-room school building at Henderson Point. When the Henderson Point building was torn down, some families started meeting in the school auditorium. Some of those early members were: the Hills, Burneys, Elams, Gazaways, Epplers, Christians, Miss Ollie Preston, the Scotts, Newtons, Shaws, Singletons, Baizes, Carters, Faubions, and Flatts.

In 1928, a frame building was erected three blocks west of the square in Evant, consisting of an auditorium and four classrooms. What served as the fellowship area for the 1928 church was an old oak tree. Underneath this landmark tree, picnic tables were set up to serve meals and Vacation Bible School refreshments. Young people often used it as a gathering place. In 2011, the old tree was cut down, but what a shame those old branches could not talk!

An early church member, Eleanor Henderson, said, “We didn’t have a paid preacher. Esto Newton came on horseback. On Sundays, we had classes and communion. The Christians and Newtons were good singers. I remember going by wagon to a camp meeting at Turnersville, and camping there in the wagon.” 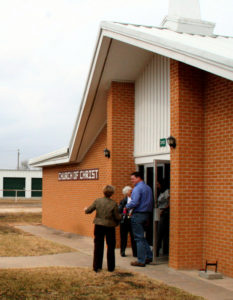 Our current brick church was built in 1965 and the 1928 church building was sold and moved. Among those families instrumental in the new church construction were: Kincheloe, Shave, Horton, Henderson, Sheldon, Smith, Lee, Johnson, Preston, Faubion, Slone, McKinley, Mitchell, Sugg, Harrington, Webb, and Atchley.

During the mid-1950s, before the church could afford a full-time preacher, Abilene Christian College students would come on the weekends to do the preaching. Some of those were Charles Hodges, John Gibson, and Joe Barnett, who returned on numerous occasions throughout the years to hold meetings. 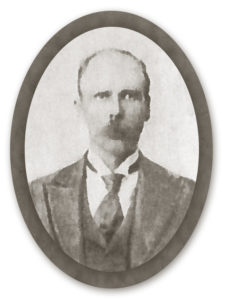 Known to most of us as J.D. Tant, Jefferson Davis Tant (1861-1941) preached all over the nation, and made his home not so far from us here in Evant. You can read the entire historical article (in .pdf format)  here.